Saturday was race day in the closest town to us, a big day once a year where people get together, not just for the horses, but for a social outing before the harvest build up kicks in. The Muddy Kids had never been to the races and it’s been a few years since Muddy Hubby and I had been, so we got all frocked up. This of course included the Muddy Girls wearing my complete set of fascinators to finish off their outfits.
Once there they could not be convinced to enter the children’s fashions on the field, despite being potential strong contenders with their headwear. Their sole focus was the horses, watching them run, watching them cool down and watching them be hosed down. For them it became all about the horses and the colours the jockey’s were wearing, as it should be really at the races.
We are not horse people, we don’t have any and I am convinced that every horse I go near has it in for me, to the point where I have been spat on and thrown off twice when riding them. Hence I stay away. The Muddy Kids however gravitated towards them, they even got to pat a winner while it was waiting for it’s hose down, now you can’t say that every day! 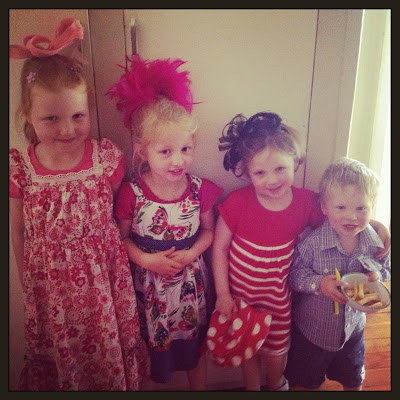 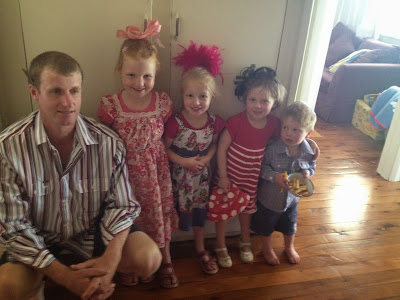 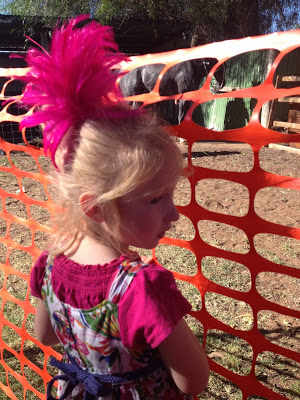 Warning: count(): Parameter must be an array or an object that implements Countable in /nfs/c09/h01/mnt/140699/domains/muddyfarm.com/html/wp-includes/class-wp-comment-query.php on line 405